On May 3-4, 2018, the Center for Law and Intellectual Property (CLIP) at Texas A&M University School of Law joined a consortium of U.S. and European law schools in celebrating the 10th anniversary of the Conference on Innovation and Communications Law (CICL).

Titled “IP for the Future: Innovation, Communication and Technology Management,” this year’s conference was held at the School of Law at Bocconi University in Milan, Italy. The event was organized by the ASK (Art, Science, Knowledge) Centre for Research on Management and Economics of Arts and Culture Institutions, under the direction of Associate Professor Maria Lillà Montagnani.

Professor Peter K. Yu, who directs CLIP and holds a joint appointment at the School of Law and the Department of Communication at Texas A&M University, co-founded the conference in 200​8. 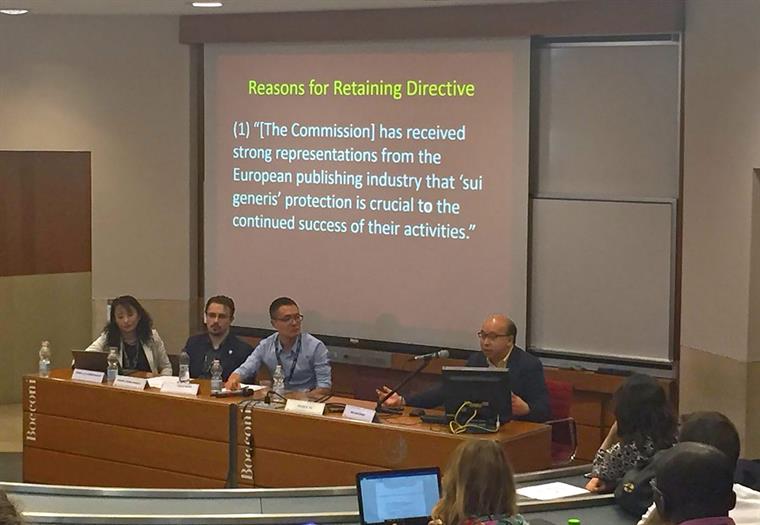 Professor Yu (far right) presented his forthcoming article on “Data Producer’s Right” at the 2018 Conference on Innovation and Communications Law (CICL) at the School of Law at Bocconi University in Milan, Italy.
(Photo Courtesy: Professor Lucas Osborn of Campbell University)

On the second day, Professor Yu presented his latest research on the new EU proposal on the data producer’s right. Forthcoming from the Tulane Law Review, his article examines the strengths and weaknesses of efforts to create a new sui generis right to protect the producers of machine-generated data. The article also explores the implications of such protection for the United States and other parts of the world.

Professor Saurabh Vishnubhakat, a noted patent law expert who holds a joint appointment at the School of Law and the College of Engineering at Texas A&M University, also presented his paper on “Patent Powers in India.” The paper explores patent validity decision-making in India through the lens of court-agency substitution in the U.S. patent system. 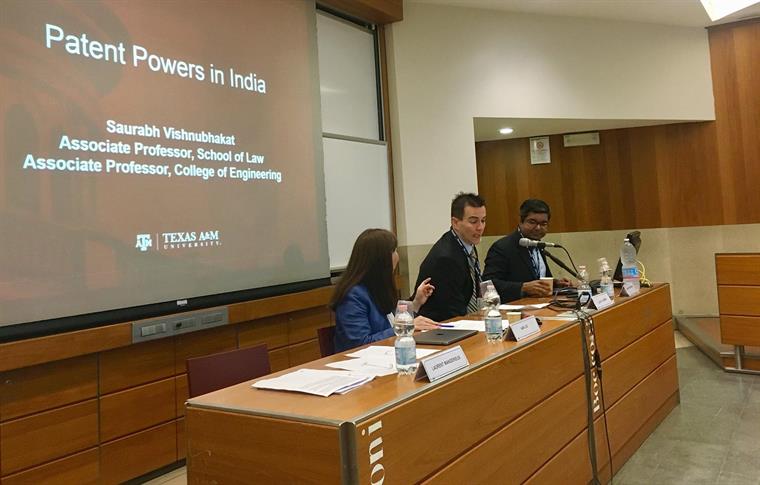 “When John, Katja and I conceived of the conference at Michigan State University more than a decade ago, we noted the need for greater collaboration between intellectual property scholars in North America and Nordic countries,” said Professor Yu. “Little did we know that this conference will travel from one continent to another. Such cross-continent collaboration has greatly enhanced our effort to promote research and education in the intellectual property area.”

In the past decade, conferences in the CICL series have not only showcased the latest research in the intellectual property field, but they have also provided excellent forums for intellectual property teachers, researchers and students to exchange their experience. Featuring cross-cultural, cross-disciplinary perspectives and presentations from graduate students, the conference series has benefited professors and students alike. 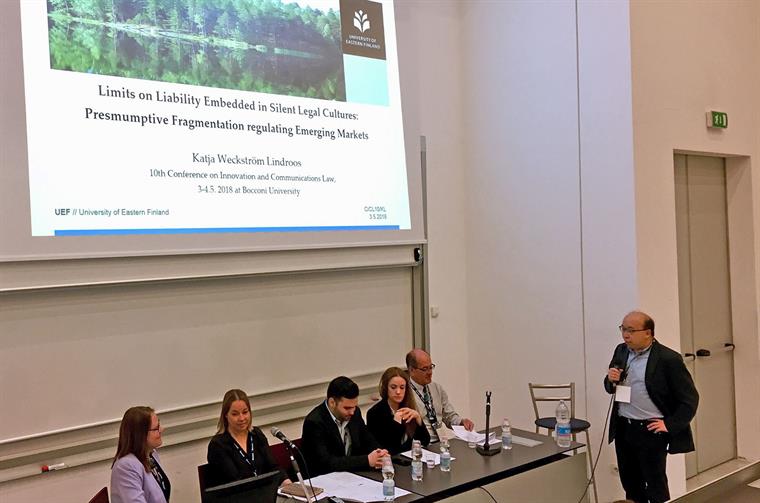 Yu’s fellow co-founders shared his excitement about the conference’s progression and promising future.

“Every year I look at the programme, I find that CICL participants from previous years have returned and have solicited new colleagues to join the conference,” said Professor Lindroos. “Our annual open call for papers has drawn new scholars from across the globe. After our first successful international conference in Finland in 2008, I could not imagine that the CICL Network would span five continents going into its second decade.”

“Of all the unique qualities of CICL, perhaps the most appealing is its collegiality,” concurred Professor Cross. “The conference welcomes scholars at all levels of their careers. While the commentary is robust and probing, it is rarely—if ever—unduly harsh. Junior scholars feel comfortable commenting on senior scholars’ papers, and most junior scholars soon learn that their ideas will be listened to.” 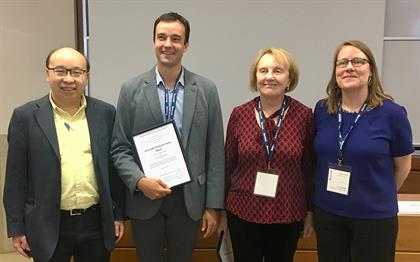 To celebrate the event’s tenth anniversary, the conference co-founders presented awards to two active participants who have made outstanding contributions to both the CICL community and the field of innovation and communications law.

Receiving the CICL Co-Founders Awards were Associate Professor Susan Corbett of Victoria University of Wellington in New Zealand, who is currently the president of the Asian Pacific Copyright Association, and Associate Dean Péter Mezei of the University Szeged, who organized a highly memorable conference in Hungary last year.

“CICL has always been one of the highlights of the academic year for me,” declared Associate Professor Corbett. “Not only are the presentations stimulating and often cutting-edge, but on a personal level the organizers have always been very welcoming and encouraging to participants at all levels of their academic careers.”

“Although I am only a second-generation CICL participant, first joined in 2012, the conference’s international atmosphere and broad scope of topics have made the series a leading scholarly program for me each year,” said Associate Dean Mezei. “Having a chance to host CICL in Szeged, Hungary in 2017 allowed me to introduce to the participants my university town’s fizzy international environment and historic sites.” 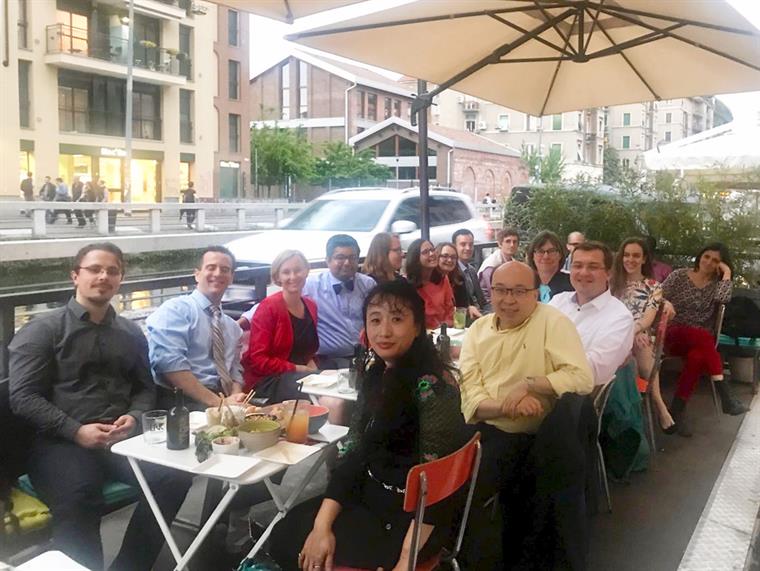